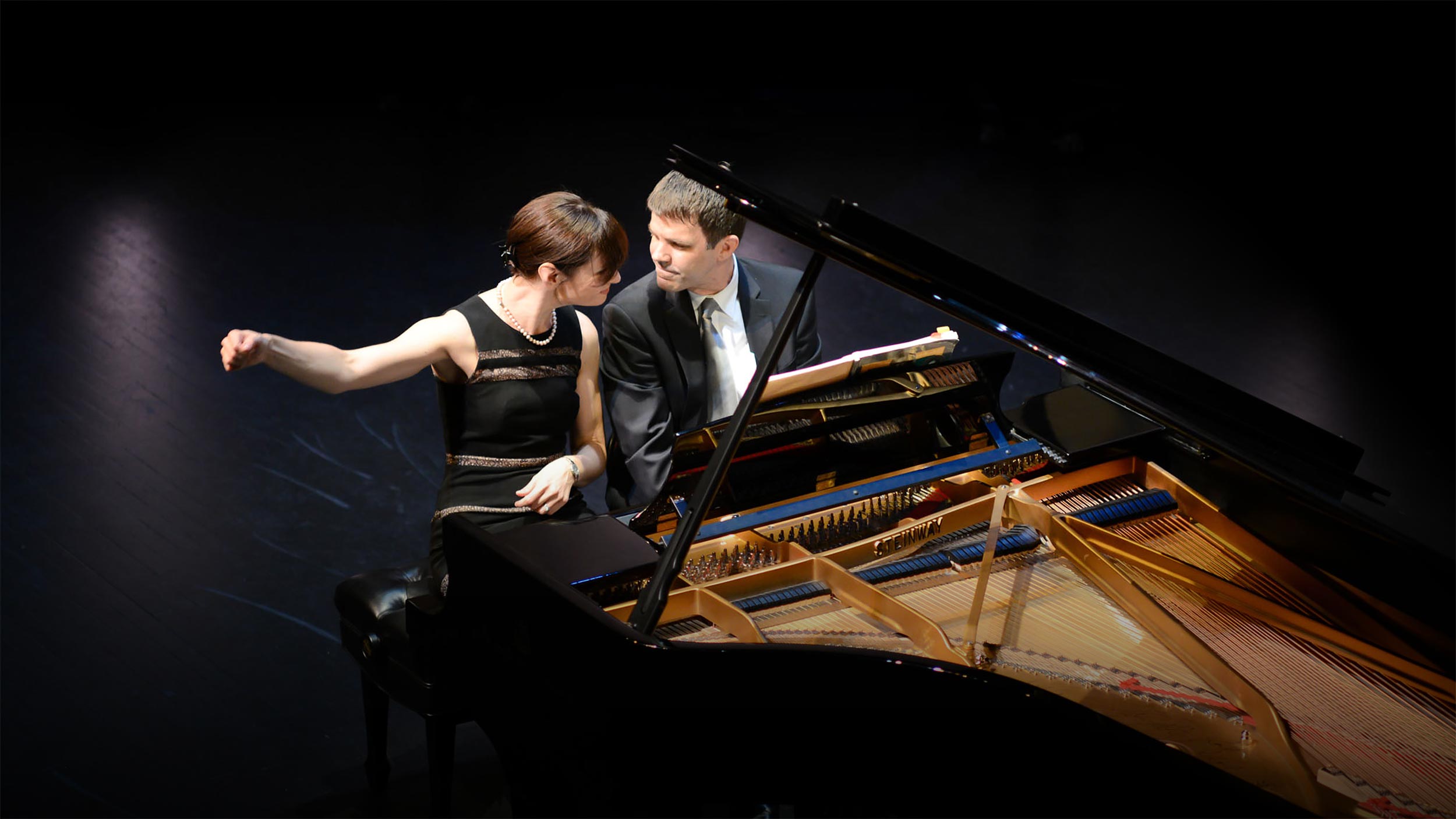 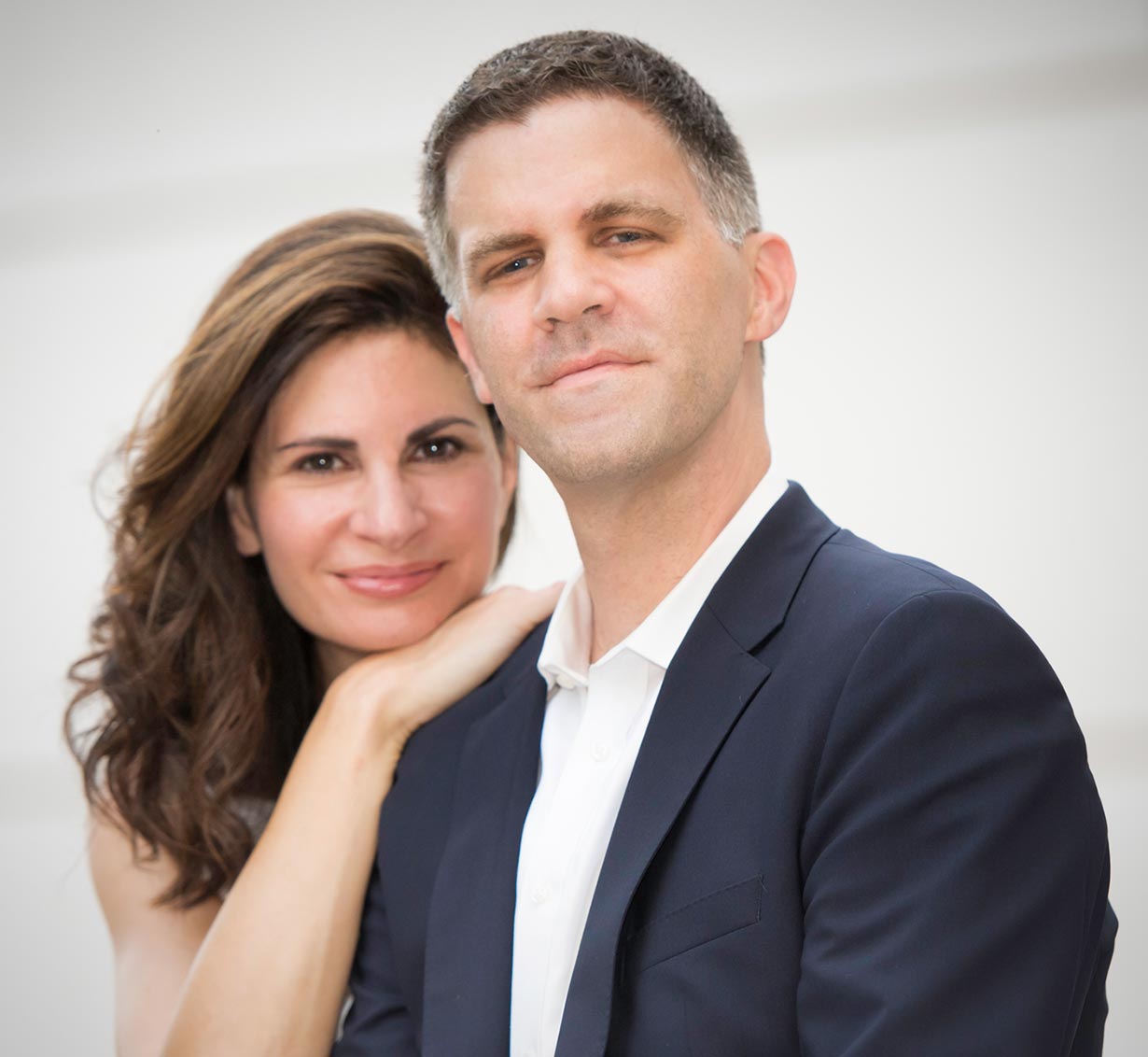 Lomazov and Rackers are Steinway Artists. Recent engagements include performances at the Society of Composers International Conference, the Chernigov Philharmonic (Ukraine), South Carolina Philharmonic, Piccolo Spoleto Festival and numerous others. Their performances have been described as “splendid” (Rochester, NY, WXXI radio), and a review of a performance of the Poulenc Concerto for Two Pianos and Orchestra said simply: “The soloists? Amazing” (The State).

The Lomazov Rackers duo has premiered numerous works across the United States, including several works written specifically for them. Their broad repertoire ranges from important works by Bach, Brahms, Mozart and Schubert to wide-ranging performances of Stravinsky’s Rite of Spring and Petrushka, leading one critic to write that the duo “really lit up the audience…demonstrated that nearly 100 years after it was written, this modernist touchstone can still sound modern” (Columbia Free Times).

Praised as a “diva of the piano” (Salt Lake City Tribune), Marina Lomazov has performed throughout the United States, Europe, South America and China. She has won prizes in the Gina Bachauer, Cleveland, William Kapell and Hilton Head international piano competitions and was the first pianist to be awarded the Artist Diploma at the Eastman School of Music in nearly two decades. Praised for “unflappable virtuosity” (American Record Guide), Joseph Rackers has performed throughout the United States, Bulgaria, Canada, China, France, Germany, Spain and Ukraine at venues including the Shanghai and Sichuan Conservatories of Music (China), Dame Myra Hess Concert Series (Chicago), Banff Centre for the Arts (Canada), Yantai International Music Festival (China). He is the recipient of the prestigious Performer’s Certificate from the Eastman School of Music. 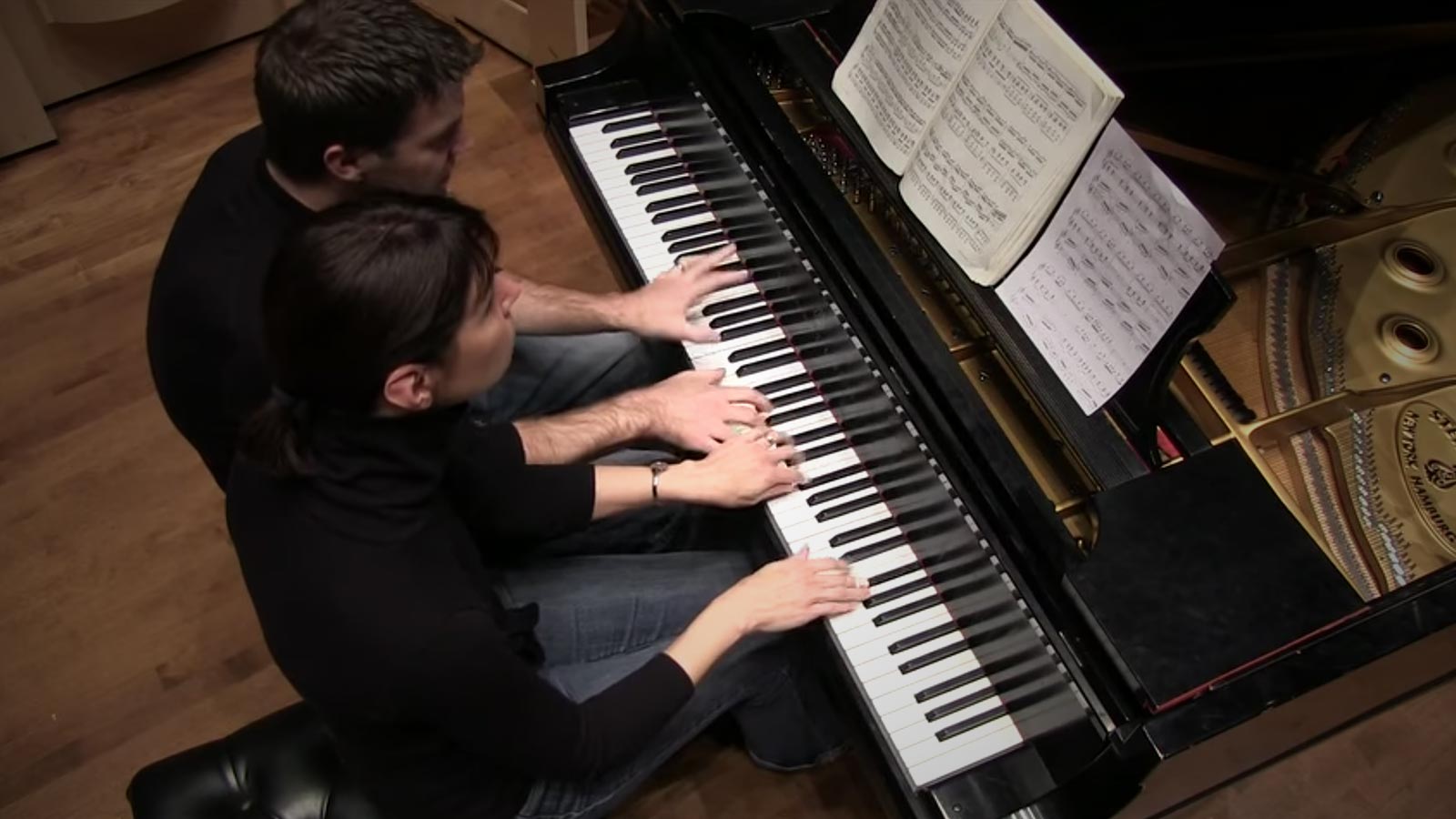